Today on the Reading with Your Kids podcast, we’re talking about a really difficult moment in the American history. Our guest Sabrina Fedel, author of the award-winning debut novel, Leaving Kent State joins us to talk about her research into the Kent State shootings,  about the history of the event and her writing process.

Leaving Kent State is an award-winning novel that is a searing look at what happened on May 4, 1970, on the campus of Kent State University as it became the final turning point in Americans’ tolerance for the Vietnam War. National Guardsmen opened fire on unarmed student protesters, killing four and wounding nine.

Tune in for all the wonderful insights! 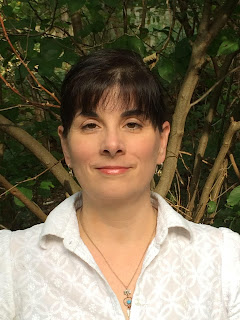 Sabrina Fedel’s award-winning debut novel, Leaving Kent State, was published by Harvard Square Editions in 2016. Sabrina holds her MFA in Creative Writing, with a concentration in Writing for Young People, from Lesley University in Cambridge, MA, and her J.D. from the University of Pittsburgh. Her poetry and prose have appeared in various journals and has been nominated for the Pushcart Prize, Best of the Net ’16, and the storySouth Million Writers Award. In addition to writing, Sabrina teaches English Literature at Robert Morris University and fights for prepositions everywhere.

You may learn more about her at www.sabrinafedel.com

Throughout the harsh winter of 1969-1970, Kent, Ohio, became a microcosm of the growing unrest that threatened the very nature of democracy. Told from the viewpoint of seventeen-year-old Rachel Morelli, Leaving Kent State explores themes of the day that are strikingly similar to our own: terrorism, war, racial injustice, and gender inequality. As Rachel struggles to convince her dad that she should go to Pratt Institute in New York to pursue her dream of becoming an artist, Kent slips ever further off of its axis, in step with the growing discord across the nation. Caught between her love for her next-door neighbor, Evan, a boy who has just returned from Vietnam, and her desire to escape Kent, Rachel must navigate one of the deadliest protests in U.S. History.

“While our nation has largely forgotten what happened on May 4, 1970,” says the author, “it was a defining moment for the way in which Americans consider involvement in war. While popular sentiment initially blamed the students for the massacre, it became clear in the years immediately following that something had gone terribly wrong in our democracy for American troops to have opened fire on unarmed college students. In our own protest laden present, the shootings at Kent State remain a valuable lesson in the escalation of force during peaceful citizen protests.”

To buy your copy of Leaving Kent State,

In this episode of the Reading with Your Kids podcast, You’ll find out

Thanks so much for talking with us, Sabrina!

Thanks for tuning in and have a wonderful day!😆

Cub’s Wish Reading With Your Kids Podcast Starring Angie Flores Today we are joined by best selling author Angie Flores. Angie is the author of the beautiful new children’s book

Join The Nature Club’s Adventures! The Nature Club middle-grade books invite you to explore the outdoors with Izzy, Tai, Brooke, Zack, and Miguel. Through their adventures, they learn to help the wildlife

Jedlie In Conversation with LA Kefalos, author of This is A. Blob & A. Blob on a Bus Happy Saturday everyone, Today on the Reading with Your Kids Podcast, we’re talking