This episode of the Reading with Your Kids podcast is sponsored by NOAH NOASAURUS written byElaine Kiely Kearns. Noah Noasaurus woke up feeling very No. No to brushing his teeth. No to eating breakfast. And definitely No to playing with his little brother. NOAH NOASAURUS is a children’s book that will help parents to deal with their kid’s grumpy mornings. Find out more at ELAINEKIELYKEARNS.COM.  Visit Amazon to check out the book, read reviews and buy your own copy!

In Conversation with M. Shawn Petersen, author of Stella and the Timekeepers

We’re thrilled to have author M. Shawn Petersen joining us to talk about his first novel, Stella and the Timekeepers, first in a series.

In our exciting interview, Shawn tells us how he got the idea for this book in his dream and how he turned this idea and inspiration into a middle-grade fantasy novel.

Tune in and discover the magical world of Stella, and find out if Stella and her friends are able to defend against the armies of Lord Sylvain or see the realms of land, sea, and sky plunged into chaos! 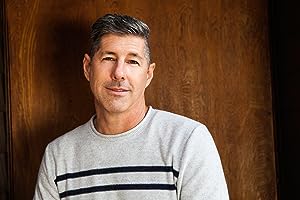 M. Shawn Petersen began to tell stories almost as soon as he could talk, but it took him years of traveling the world to find his story. When he is not writing, he loves to travel, create new stories, and passionately pursue personal development. Stella and the Timekeepers, Petersen’s first novel, originally came to him in a dream, but it wasn’t until he committed it to paper during National Novel Writing Month that this epic story sprouted wings and took flight.
You can find all of the information regarding M. Shawn Petersen’s book on
www.stellaandthetimekeepers.com

More about “Stella and the Timekeepers”

After all, the world looks drastically different from the shore, the sky, and the depths of the sea.
Stella Merriss has never felt like she belonged anywhere–her family was always on the run. During a daring escape, her parents suddenly disappear into stormy, shark-infested waters. Alone and unsure of her future, she learns the truth: that she’s actually half angel, half mermaid. Stella has no choice but to join an elite angel apprenticeship program where–despite having to hide her dual nature–she finally feels as though she has found a home.

But villainous forces are gathering to strike against Stella’s newfound home and attack the three Timekeepers who spin and weave the fateful Thread of Life. Evil Lord Sylvain and his army will stop at nothing to corrupt the Laws of the Universe and bend them toward his own vile agenda. A child of land, sea, and sky is the only obstacle standing in his way.

In this epic battle between good and evil, Stella and her friends must defend against the armies of Lord Sylvain or see the realms of land, sea, and sky plunged into chaos.

Visit Amazon to check out the book, read reviews and buy your own copy!

A big thank you to M. Shawn Petersen for joining us and for sharing his wonderful book with us!

If you love this episode then please share and please subscribe to us on iTunes. And please spread the word: tell your friends, and leave a rating on iTunes so that others can find it.

We’d love to hear from you!  Contact us and together we can discuss what ideas you think should be included in a future episode, and we can explore potentially setting up an interview. Our goal is to have all voices at the table!

Thanks for tuning in. We’ll be coming soon to entertain and educate you with more author interviews, book reviews & Family game reviews!!! 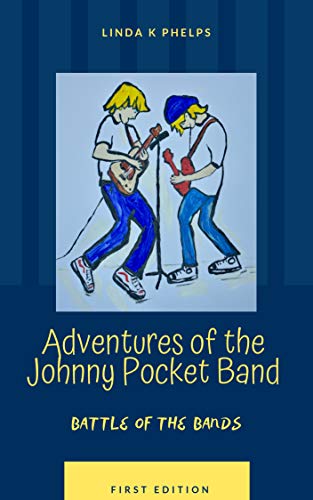 This episode of the Reading with Your Kids podcast is sponsored by Adventures of the Johnny Pocket Band: The Battle of the Bands by Linda K Phelps. Johnny and his Brother Drummer Boy are excited to compete in the Battle of the Bands. They have 2 months to get the Band prepared, but everyone is nervous because this event will be held at the High School.  Johnny has promised himself that he will conquer his anxiety this year and start having fun. With the help of his friends he just might make it.

Grab your copy to find out at https://johnnypocket.net/