Reading With Your Kids Podcast Ft. Ana Maria Rodriguez- The Secret of the Scuba Diving Spider… and More!

We’re delighted to share our conversation with an author of science, nature, and history nonfiction books Ana María Rodríguez! Ana writes books, articles, and stories about the mysteries and marvels of SCIENCE and NATURE and about outstanding PEOPLE.

In our exciting interview, we discuss her latest nonfiction, The Secret of the Scuba Diving Spider and More!, scuba diving spiders, whistling caterpillars, jamming bats, zombie beetles, and speedy, squeezable cockroaches each reveal a secret that makes them survivors in their natural world. Be sure to tune in & you’ll be so glad you did!

The Animal Secrets Revealed! series includes hands-on activities, and, in addition, teacher’s guides for each book in the series are available for free download on her website. 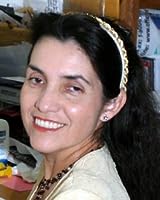 Ana María Rodríguez is a writer with 26 books and over 80 magazine articles to her credit. She began her career as a scientist and later became a science writer for children and adults. Her writing also includes biographies of outstanding people and true stories that blend history and science.
Rodríguez’s work has appeared in the children’s magazines Highlights, Current Health, and Scholastic’s SuperScience, among others. A short story, The Mermaid, was published in Los Angeles Times (2012). Her most recent books, Animal Secrets Revealed! (2018), comprise a six-book series about how animals survive in the most strange ways. The books feature, for example, scuba diving spiders, the meerkat’s school for hunting scorpions, and the secret of the deceiving striped lizards. In the adult market, Rodriguez’s work has appeared in the trade magazines Just Labs and EQUUS.
Iron Butterfly (2011), co-authored with Choon-Ok Jade Harmon, is Rodríguez’s first young-adult/adult book and a finalist in the 2017 Book Pipeline competition. Iron Butterfly is the true martial arts story of Choon-Ok Harmon, a woman from a small South Korean island who defied family traditions and changed her life forever in the pursuit of her ultimate goals of becoming a professional martial artist and the highest-ranking woman in the martial art of Kuk Sool Won.
Rodríguez’s accolades include Highlight’s History Feature of the Year Award (2006), two School Librarians International Awards in Science Books (2008 and 2009), and three Science Books & Films Best Book List Awards (2006, 2007, and 2011). Rodríguez holds a doctorate degree in science and immunology and taught writing at the Institute of Children’s Literature for about 10 years. She lives with her family in Houston, Texas.

The Secret of the Scuba Diving Spider… and More! (Animal Secrets Revealed!)

Looks at some unusual insects and bats and the behaviors they use to survive in their environments, including the diving bell spider, walnut sphinx caterpillar, and the Mexican free-tailed bat.

Click the link below to grab a copy of The Secret of the Scuba Diving Spider… and More!

In this episode, you’ll hear

A big Thank you to Ana for doing this Interview! We’re so glad to bring this wonderful book to all our listeners and we hope you’ll check out more of her books in the future!

Visit Ana Maria Rodriguez’s website to read about her books, her blog, school visits, and events:

Thanks for tuning in and have a wonderful Saturday!